This time, I’d like to discuss about the video feature on DSLR camera / mirrorless. Yes we both know that modern cameras such as digital SLR and mirrorless have a very good video recording quality, but we also still need to know the ins and outs of video features in a modern camera.

First we discuss about the allotment of video on a DSLR camera / mirrorless which is basically for photography. Actually the video feature in a DSLR is complement, not the main one. It’s different with a real camcorder or even now on trend is action cam like GoPro (although this time the boundary between photo camera and camcorder is increasingly unclear), but we certainly agree that the DSLR / Mirrorless is a photo camera (except the DSLR / Mirrorless specifically for video such as Canon EOS Cinema or Black Magic camera).

The funny thing, video feature is almost never used by most owners of DSLR / mirrorless, but most people would choose a specific camera for video features. Photo camera that has a more complete video feature will be more expensive (such as Panasonic Lumix GH4 or Sony A7S) but still cheaper than investing on a professional videography equipment. The result? In various aspects does not lose, then it’s no wonder that many professionals began to look at DSLR or mirrorless system to work with.

Some things we need to know about video features especially for current trends are resolution, format, compression and fps: initial technical quality. All of them determines how good the video quality (technically) we take. Talking about video resolution, video previously been considered good with SD (Standard Definition) resolution, but nowadays HD (high definition) is a must, even more than HD such as 2K, 4K or maybe 8K someday. Because the video is closely related to file size, just remember the higher the resolution the more data is processed and stored to the memory card (be sure to select a high-speed memory card). Remember also mostly TV / monitor that we use is HD / full HD and to watch more detail of 4K video needs a monitor that also had 4K or UHD. 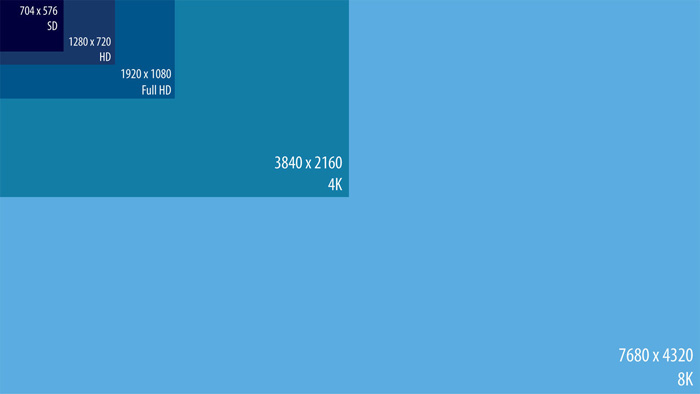 Video format and compression is the techniques to shrink the size of the video in order to save memory space. Currently video is generally formatted in MOV or MP4, but there are some cameras select MJPEG which is older. Compression options usually entrusted to MPEG4 and the generation adjusted with your need. For example for HD / Full HD, AVCHD is enough but for UHD / 4K is more suitable to use XAVCS. There is also an option in camera menu that can be set regarding to the quality of compression, for example fine or normal, then the difference is in the size of the files.

Frame rate (fps) also determines how good / smooth the pictures movement in the video. Although at this time all the cameras have been able to reach the standard in terms of minimum fps for smooth video display which is 25 fps (PAL) or 30 fps (NTSC) but for slow motion editing we need at least 2x normal fps (eg 50 fps). Not all cameras are able to achieve 50 fps because of the limitations of the camera processor, since 50 fps means that there are 50 photo frames in a second video so it takes a very large bandwidth.

Manual control: Exposure and focus
Modern camera is usually be able to adjust the exposure automatically, but it would be better if the ISO setting, aperture and shutter speed of the camera is adjusted manually when recording video. That way we can select the ISO that we want, can play with bokeh or the sharpness and can determine the appropriate shutter speed with a frame rate that we use.

The auto focus feature seems to be something that is a common thing when we take pictures, but for video recording, consider to set the focus manually. This is because the auto focus on a photo camera is usually not really good when recording video. For photography, auto focus designed to be very fast, but in videography auto focus instead should be slow so that the viewer is not surprised. Some DSLR / mirrorless with hybrid AF feature is already designed to be smooth auto focus when recording video, but when performance is below expectations just move to manual focus.

Good video needs to be supported by good audio as well. Then the camera we have should be has a built-in stereo mic to capture sound properly. For a better sound recording, external mic is a must. Any mic used (built-in or external) would be better if we can set the sensitivity manually, plus we can see the display of audio level indicator on the screen so that we know the recorded sound level is just right, too loud or too weak.

Because the main function of DSLR is for taking picture, we also need to know the limitations. Usually, a common problem is the sensor becomes hot during recording over time, the solution is we have to wait for a while until a little bit colder. Then the rules in various countries (Europe and Asia) limits the maximum video per file is 30 minutes (maybe to prevent to be used to record a movie in cinema. Then there are also limits on file size which is 4GB then the recording would be stopped automatically, it said because our computer can not recognize a file larger than 4GB. Also the handling is not designed to record video.