There are so many concept options in order to make your pre-wedding photo looks beautiful. One that’s really viral in Bali today is Royal Balinese Concept by wearing traditional or modified Balinese royal costume. However, there are many more concepts that can be explored and developed. Especially for couple who want to have pre-wedding photoshoot more than one session, three to five sessions for example. Let’s refer to the following five pre-wedding photo preference options to inspire you.

A dramatic dark pre-wedding photo is kind of photo concept that suit for you who want to looks classy. Just like the following photo with a dark background and a dimly lit setting creates an expensive looking photos and high aesthetics plus an ethnic outfit. 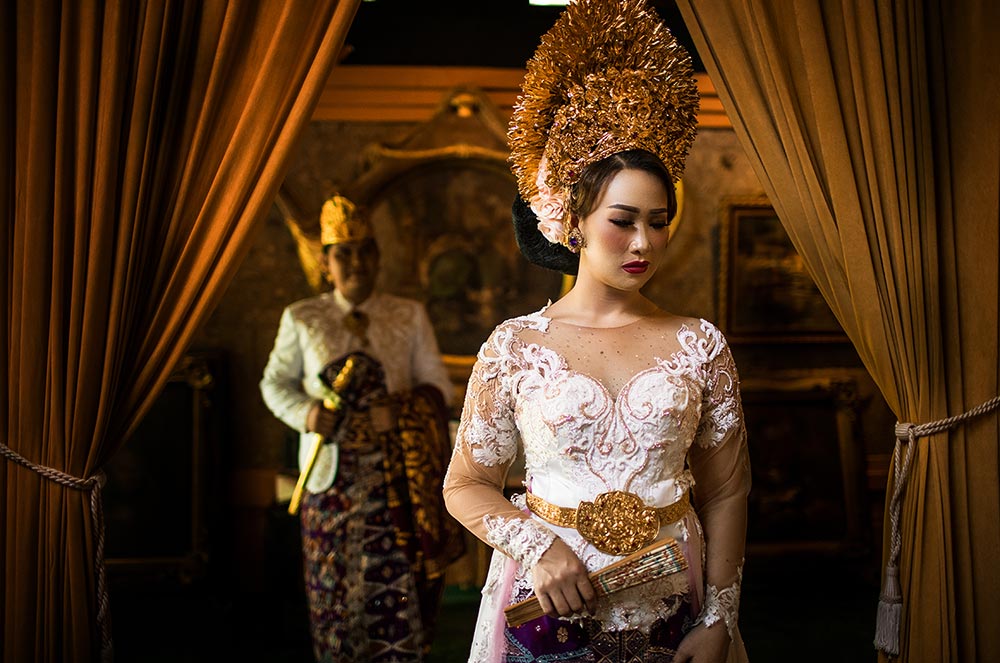 Since long time ago until now outdoor sceneries like beach, waterfall, and other greeneries are much used as the location. In those kind of places will create a romantic impression by putting all happy and fun expression. Both daytime and sunset time shoots can produce great photos. 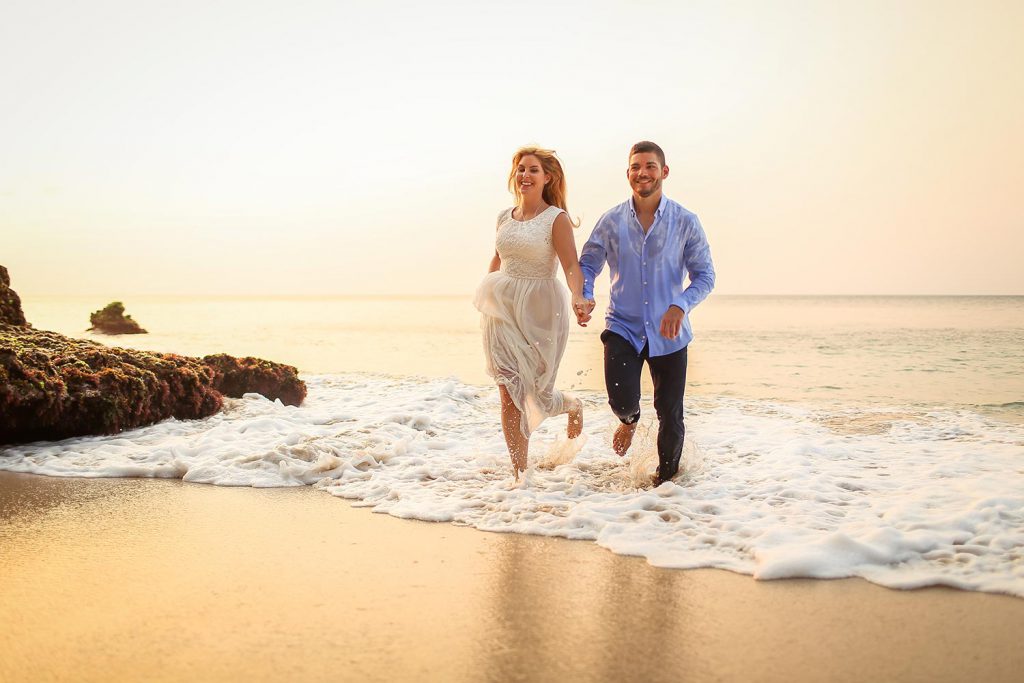 Casual concept prewedding is predicted to be popular in 2018. Basically this concept is very simple, we pay more attention to the feel and mood of the couple. The location can be indoor or outdoor. 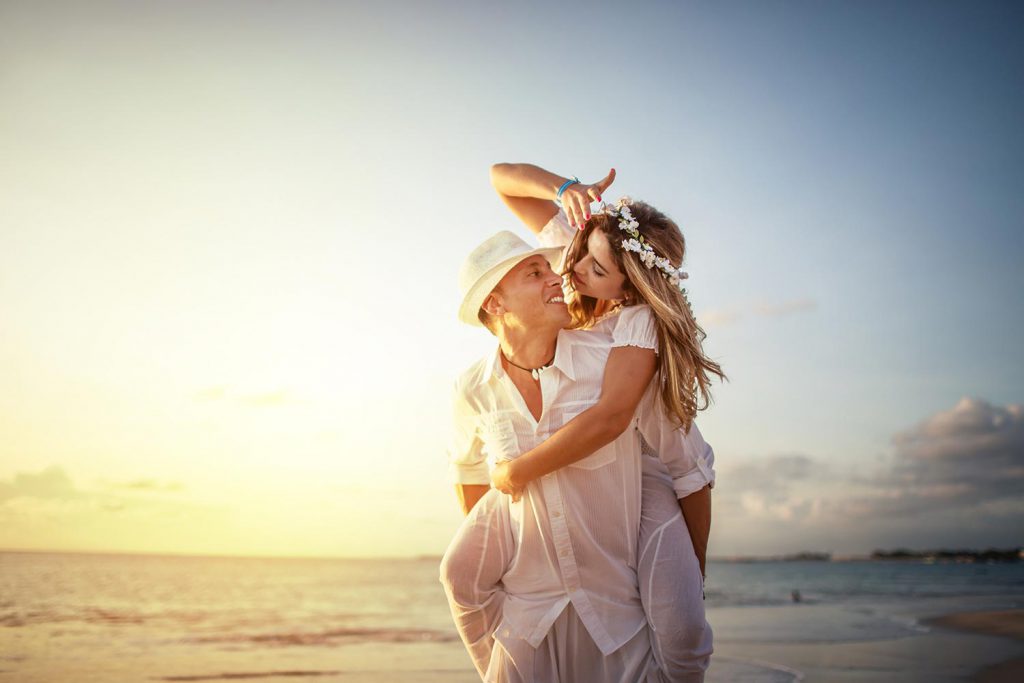 Appearance is the key that determines whether your pre wedding photo looks good or terrible. Wherever the location is not a problem as long as your appearance is good. Similarly with the formal concept of elegance that carries formal clothing such as dresses and suits. Meanwhile for the background, it’s depend on the concept has been agreed. 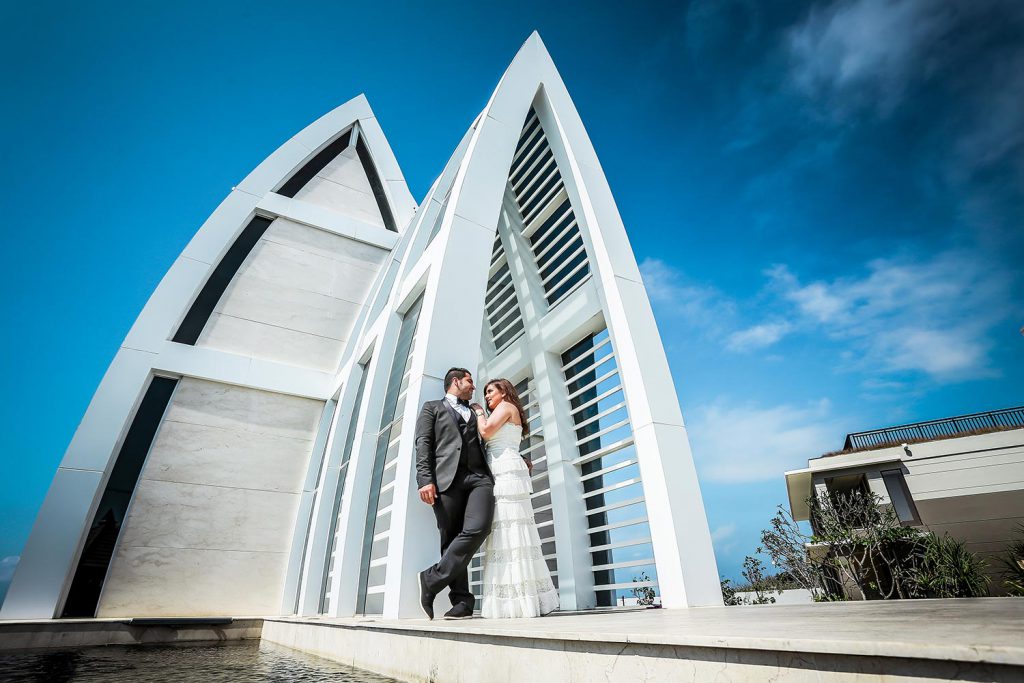 If you are a fan of Korean dramas, the taste of the Korean can be a source of inspiration for you whose interests with romantic and fun photo styles. Many Korean couples are often having pre-wedding photo session idoor using formal suits, the bride wear dresses/gown and the groom with an elegant suit. In appropriate with the costume, the poses also elegant style. Observed from the background, the photos are taken from studios that have diverse places settings or outdoor like an ancient building or in a cafe.